Need a lower mortgage rate to buy a house?
These tips get results

Is Georgia on your mind?

Georgia is one of the best states to live in the South with so much to offer; natural beauty, thriving cities, and Southern hospitality. From its historic mountains and white sand beaches to its thriving economy, celebrated sports culture, great food, and much more, Georgia offers just the right blend of rich culture and world-class amenities with affordable, easygoing living. Like the tea, life is certainly sweeter here.

Georgia is the 24th largest state by size and 8th most populous state, there’s so much to offer new residents moving to Georgia.

Pros and Cons of Living in Georgia 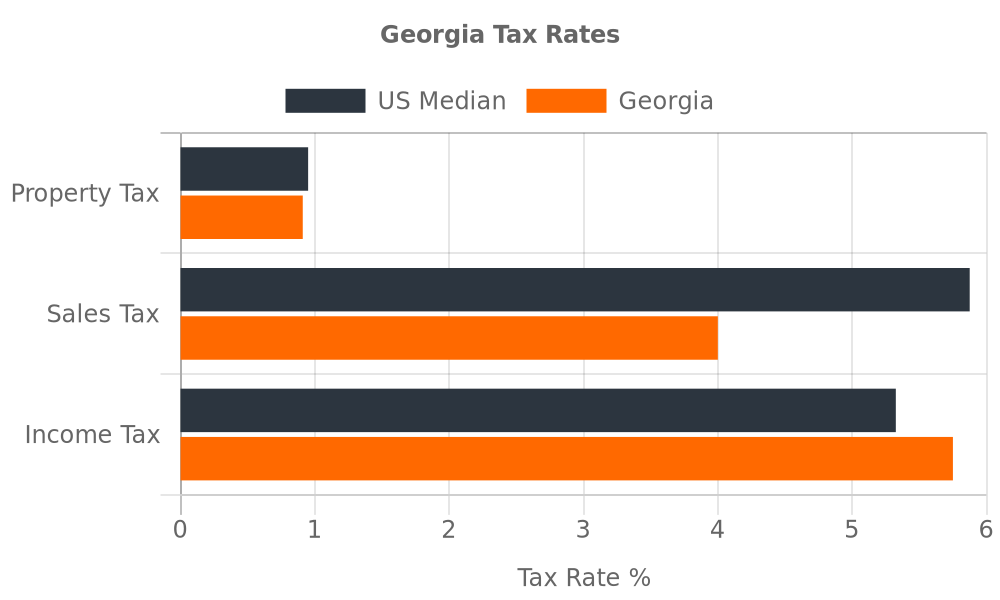 Cheaper to Rent or Buy? As the cost of rent has increased, it has become a better financial option to buy a home. There are several areas where it’s cheaper to purchase a house, including Warner Robins, Augusta-Richmond County, and Savannah.

In addition to significant savings on housing, you’ll also enjoy lower costs for standard expenses. In Atlanta, your transportation costs will be 47% lower than in NYC, and your utility costs will be 45% lower. You’ll also save, on average, about 22% on health costs and 18% in spending on food and groceries. 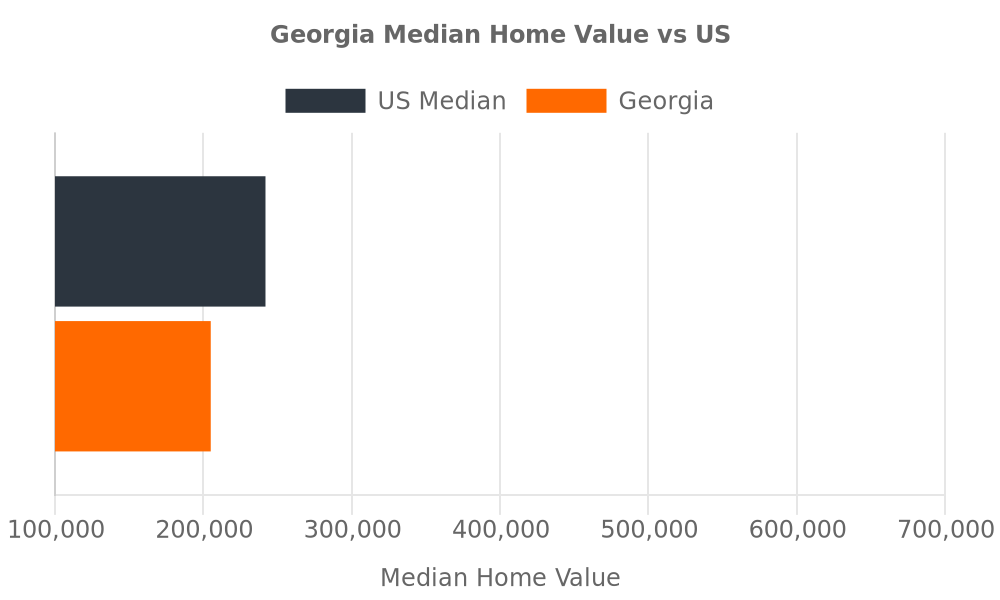 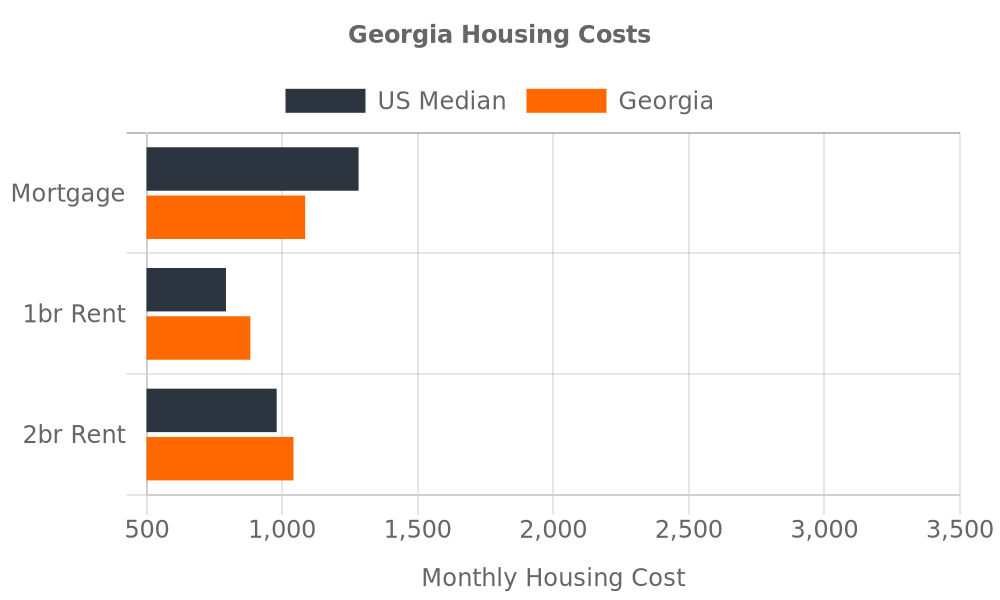 According to the Cost of Living Index by State 2019 Report by World Population Review, Georgia ranks #11 in the nation for the lowest cost of living. Its current cost of living index is 91.2. This index is below the national index average of 100.

Utilizing the Family Budget Calculator, let’s compare the average monthly expenses in two Georgia counties. We’ll use a family of four for the examples (2 adults + 2 children). 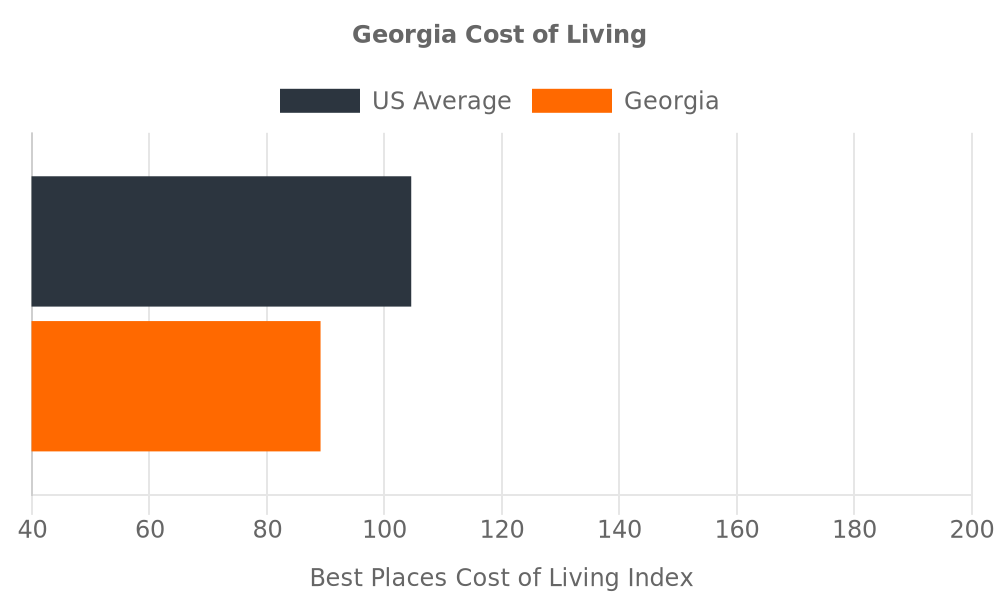 The state of Georgia has a humid subtropical climate, with hot summers and mild winters.

Summer temperatures can often reach 90°F and higher for weeks. Fall typically offers comfortable temperatures. Throughout the state, you’ll find mild winter weather. In January and February, it hovers in the 50s in Atlanta and the 60s in the south and along the coast.

According to Economy Rankings by US News, the state of Georgia State ranks as the eleventh best economy in America. This score is based on several categories, including business environment (#17), employment (#13), and growth (#12). The median income is $29,668, and GDP is approximately $563.6 billion.

With Atlanta as a significant player on the international commerce scene, some 26 Fortune 1,000 companies maintain headquarters in metro Atlanta. Sixteen of those companies, including UPS, Coca-Cola, Home Depot, and Delta Air Lines, are on the elite Fortune 500 list.

According to WorkSource Atlanta, over 55,000 local jobs in technology and healthcare will become available by 2024. Forbes magazine lists Atlanta as one of its “Five US Cities Poised to Become Tomorrow’s Tech Meccas.”

The key job growth segments, according to the Metro Atlanta Chamber, are financial technology (fintech), health information technology, cybersecurity, mobility and IoT (Internet of Things), smart grid technology, and film/digital media/entertainment tech. Thanks in large part to metro Atlanta, Georgia is the number one filming location in the world. 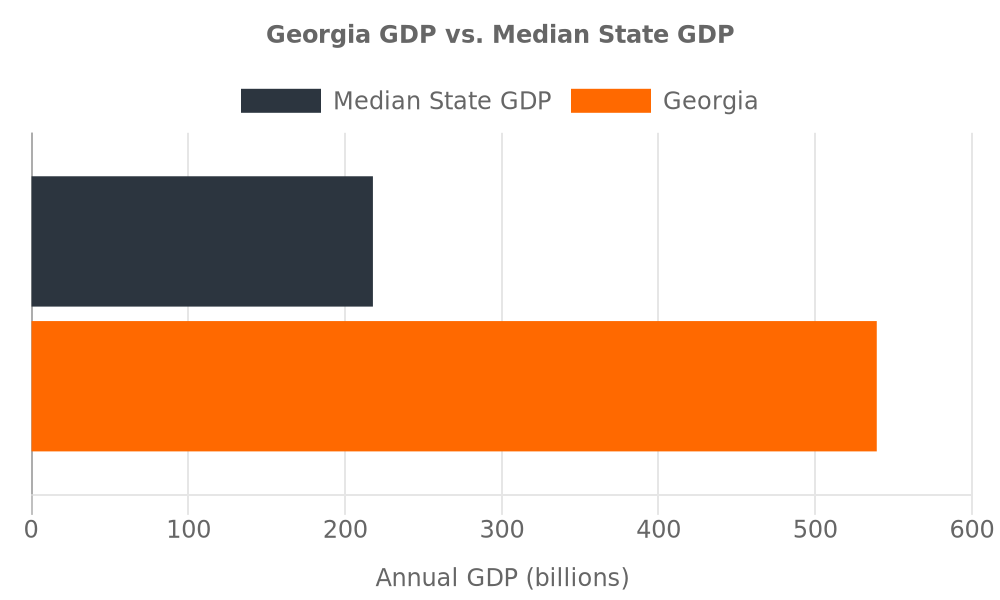 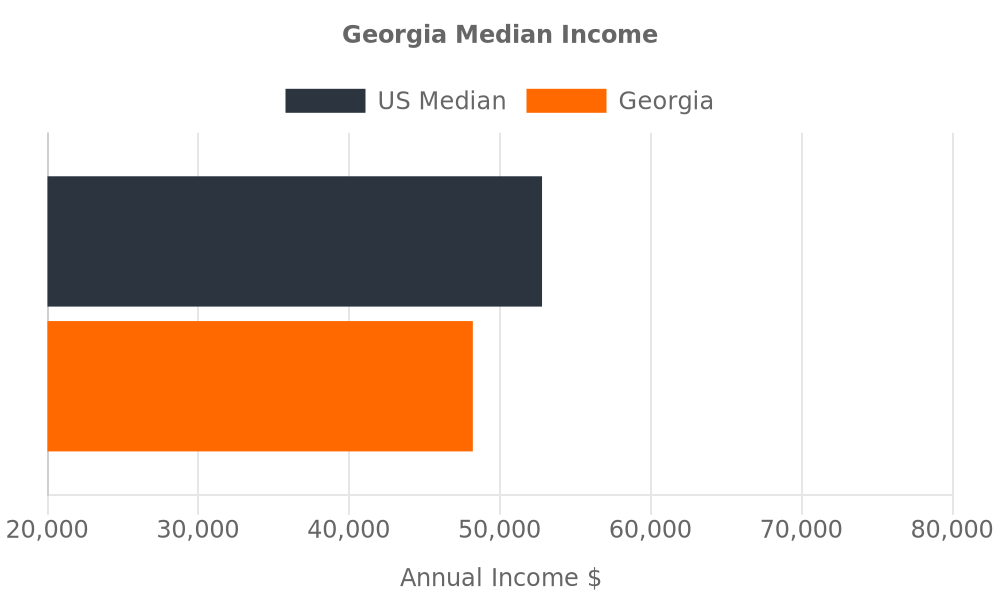 According to Education Rankings by US News, Georgia ranks #30 in education. This score derives from two categories: higher education (#25) and K–12 education (#31). However, the state is home to several highly acclaimed schools (mostly in Atlanta).

Are you a Veteran?

As a Veteran, we specialize in helping Veterans utilize their VA Home Loan Benefits.

Check out our Veteran's Page. 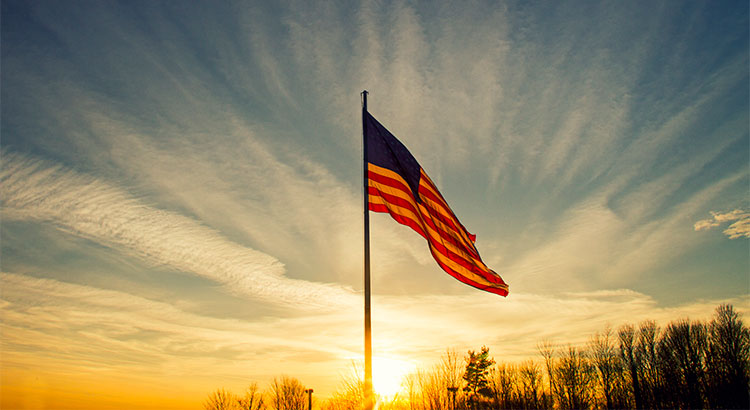 Get instant access to the latest properties to hit the real estate market.

We are just a call away.

Thanks for your interest!

Someone will reach out shortly. In the meantime, learn more about our team.

About Us
We use cookies to enhance your browsing experience and deliver our services. By continuing to visit this site, you agree to our use of cookies. More info